What is the Common Good? And what role do businesses have in pursuing it?

Business for the Common Good Blog 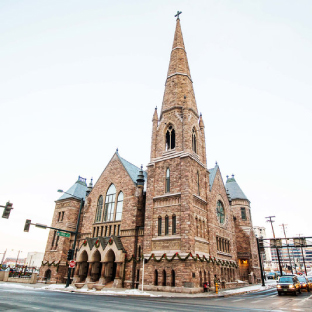 In 1914 when Ford Motor Company promised an equal wage for equal work of $5 a day, Black Americans, for this and many other reasons, headed north with hope. The $5 promise made headlines across the world, but perhaps lesser known is the fact that Henry Ford himself maintained close relationships with Black ministers in Detroit. Working with church leaders to help secure employment for African Americans, Ford Motor Company became the largest Black employer in the city. Ford later provided low-interest, short-term loans, housing, and fuel allowances to Black communities, during a time when discriminatory real estate practices kept them from purchasing homes in the city where they worked.

The complete history is complicated, but Ford’s efforts could be considered as a historical example of how business served the common good. Though Scripture doesn’t explicitly define what the “common good” means, Paul’s letter to the Corinthian church says: Let no one seek his own good, but the good of his neighbor (1 Cor. 10: 24).

An article from the Markkula Center for Applied Ethics at Santa Clarita University quotes ethicist John Rawls, who defined the common good as “certain general conditions that are…equally to everyone’s advantage.”

It’s one thing as an individual to pursue these ideals in your own life — with your neighbors, fellow church members, or friends — and quite another to strive for them in your career alongside colleagues and employees. As Christians, how can our businesses look different if we are committed to working toward the common good?

What does pursuing the common good look like today?

For Don Flow, a founder of automotive dealerships, it was so important to have a business that keeps its promises and is worthy of trust, that he changed the way the company sold cars. He believes that caring for all people meant that a person’s negotiation skills should not affect the price they pay for a vehicle.

“We did a study and found that the people who typically paid the least for the cars were the most able to pay. Those least able to pay, paid the most,” said Flow in an interview for Ethix. “For me, it was wrong to take advantage of the least able, a clear violation of the biblical mandate in the book of Proverbs. We went back and restructured our business.”

Instead of starting at the top and negotiating the price down, Flow’s associates reveal the price from the beginning. They instituted an open-book policy so customers can see how cars are appraised, and how the dealership arrives at the price. When it comes to auto repair, they give the customer one estimate, and if it turns out there is more to fix on the vehicle, the company eats the cost.

Similarly, Meagan McCoy Jones cares deeply about building strong relationships with her employees as the president and COO of McCoy’s Building Supply. She puts operational systems in place with the goal of caring well for those in her company.

Her care for employees is evident in simple, tangible ways, such as in the company’s decision to implement new HR software. The new system was chosen for its ability to streamline the process of both requesting and approving paid time off easily in small increments. This change allowed her to meet the needs of her part-time employees, who previously did not have paid time off.

McCoy Jones also holds one-on-one weekly updates with the team that reports to her. “That is a system … but it also forces the space to connect and care,” McCoy Jones said in a recent interview on DIFW’s podcast. “I have told my team that if there is any conflict among us, the only work of the day is to resolve the conflict between us. Because that conflict is contagious in our organization.”

What role do business leaders have in pursuing the common good?

In the forward to Timothy Keller’s book, Every Good Endeavor, Katherine Leary Alsdorf, a former tech company executive, reflects on wrestling with what it meant to “be called and serve God” as a leader in business. She saw that many other Christians and faith leaders didn’t seem to know what it could look like, either: “Many who cared deeply about the poor didn’t think about how the systems, structures, and cultures of our industries might actually be contributing to the fractures in our culture.”

What could caring for systems and structures look like in your business, as a way to pursue the common good? Learn more at Business for the Common Good 2021, coming up on February 25th.

Highlights from Business for the Common Good 2021

Have you discovered the benefits of becoming a Monthly Partner?

Learn more and save on your ticket for Business for the Common Good.